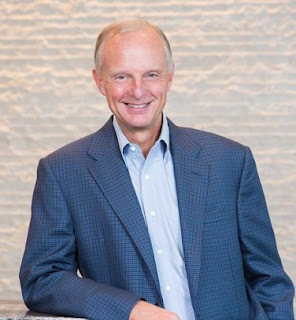 From the perspective of Jim Thompson, Dallas is a very special community. That is why he likes to give back as much as possible. In addition to being the chairman of Preston Hollow Capital, LLC, Jim Thompson is a very active philanthropist, primarily in his Dallas community. He serves on the board of the Dallas Urban Debate Alliance, but Jim also strongly supports numerous Dallas-area non-profits through the Jim & Angela Thompson Foundation, which he formed for that purpose. He also expresses his unwavering support for STEM education initiatives through his leadership and support of the Blue Sky Educational Foundation.

Throughout his long career, Jim Thompson has always made Dallas home and he has always been quite dedicated to the Metroplex. Consider; for 22 years he was the CEO of ORIX USA, a diversified financial services firm. During that time, Jim led them to enormous growth, to the point that the firm had 1,400 employees, assets of more than $5 billion and they managed another $28 billion in third party assets. Prior to ORIX USA, Jim Thompson also held senior management positions with Financial Corporation of Santa Barbara and Mission Hills Mortgage. In those two positions, he was responsible for various loan origination, securitization and other capital markets and investment related functions.
Posted by Jim Thompson Dallas at 03:05